Be Not Troubled (Hardcover )

Other Formats Available: Audiobook on CD

About the Product: The Apostle Paul foretold that we in the latter days would live in "perilous times" (2 Timothy 3:1). Yet the Savior instructed His followers in this dispensation to "doubt not, fear not" (D&C 6:36). How do we move forward in faith and focus on the good when rage, calamity, and commotion swirl around us?

We know from scripture and the words of modern-day prophets that these latter days are a time of great turmoil—but also a time of great miracles. In this timely book, Elder Ronald A. Rasband shares a beautiful message of hope and light, reminding us what we can do to fortify ourselves and receive heavenly guidance. As Elder Rasband teaches, "By divine design, we have been called to the Lord's service leading up to His Second Coming." His apostolic counsel helps us recognize the ways the Lord guides us through the troubled times in our lives to build a greater sense of hope and peace with our foundation fixed on Christ, that ultimately we might accept the Savior's invitation: "Be not troubled" (D&C 45:35).

About the Author:  Elder Ronald A. Rasband was sustained as a member of the Quorum of the Twelve Apostles in October 2015 after having served as a General Authority Seventy since April 2000. Elder Rasband attended the University of Utah. He then joined Huntsman Container Company and was later appointed president and chief operating officer of Huntsman Chemical Corporation. In 1996, Elder Rasband left Huntsman Chemical Corporation to serve as president of the New York New York North Mission. He and his wife, Melanie, are the parents of five children. 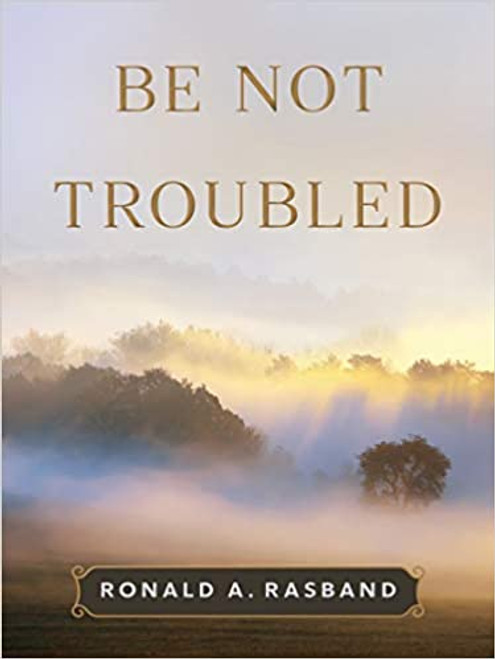 Be Not Troubled (Hardcover )